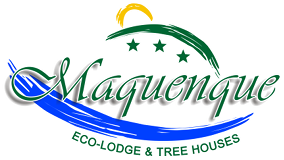 The lands of what is now San Carlos, began the process of colonization in the mid twentieth century, when the agricultural frontier expanded and migrants from other regions of the country and from other countries in Latin America and Europe arrived to the region.

This cultural diversity has enriched the Sancarleño, according to the writer and professor Adriano Corrales, could be described as hardworking, entrepreneurial, cooperative, supportive, cheerful, very conservative, and individualistic.

The name of San Carlos is due to a protective structure erected on the Rio San Juan during the time of the colony, which was given the name of Castillo de San Carlos de Austria. The building is gone, but the name stuck and spread.

San Carlos has traditionally been an agricultural and farming region, which has been commercially developed and now, thanks to its natural wealth and the warmth of its people, is one of the main tourist areas of Costa Rica.

Land of forests, rivers, streams, waterfalls, vast plains, abundant rainfall, complex ecosystems, hot springs, and home of the majestic Arenal Volcano. A Costa Rican Canton that holds great treasures, in which even small towns can be seen in rural areas, where cultivating the land and milking a cow are part of the day.